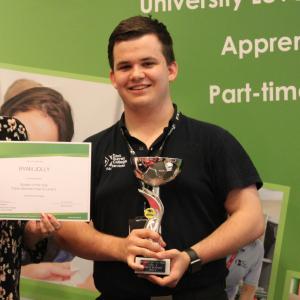 Ryan also led the College’s Armistice Day Ceremony 2018, which was attended by staff and students at the College.

Outside of College, Ryan is a Company Sergeant Major with the Air Cadets and has taken part in voluntary work, raising awareness for Homeless People and clearing overgrown areas so young children can enjoy them. This volunteering work meant he’s raised over £2,000 and has been awarded the Honour Our Troops Charity Gold Award.