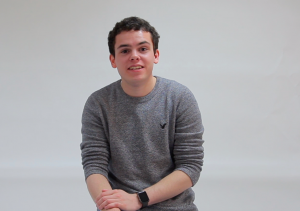 Harry studied Sound and Music Production at Reigate School of Art and was one of a handful of successful applicants selected for a BBC Apprenticeship in Broadcast Engineering.

Alongside the Apprenticeship, Harry completed a three year BSc degree at Salford University, graduating with a 2:1.

He has since worked installing studios for the BBC in the UK, Africa and the Far East.

Discover Sound & Music at the Reigate School of Art.