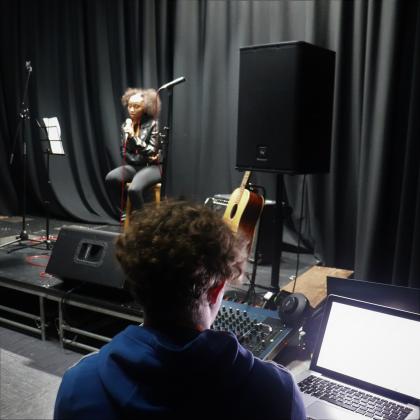 On Friday 4 November, our Music & Sound Production Level 2 students welcomed members from Reigate School of Art, the College’s executive team and external visitors to their Live Performance held in our Filming studio.

Back at the start of September, students were given their first brief of the year called “Project One” which introduced them to the world of live performances. They were asked to prepare and rehearse for a live performance which was to include original compositions, cover performances and sound engineering.

Students started work on this project on Monday 12 September and completed their final rehearsal on Thursday 3 November.

The line-up for the Live performance can be seen below:
Group 1 – Ben, La’reece and Toby
Group 2 – Rosie, Phoenix and Stefan
Group 3 – Caitlin, Aruska, Rueben and Anas 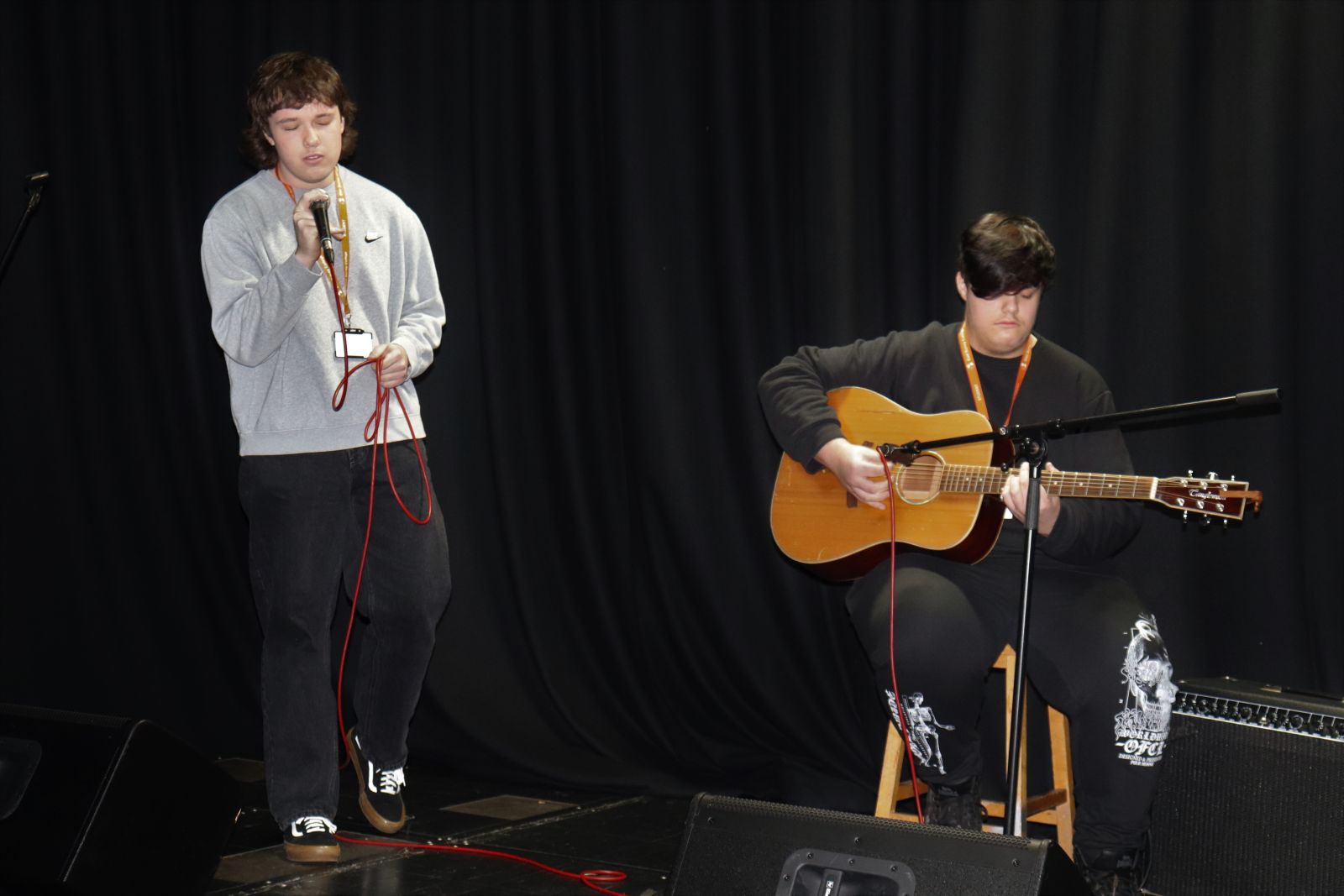 GROUP 1
In the first performance, singer Toby and guitarist Ben delivered a beautiful cover of ‘Everlong’ from Foo Fighters, sound engineered by La’reece. In the second, Ben performed his debut original composition, called “I don’t know why”, in which he wrote the lyrics and music, as well as played the guitar.

Group 2
Swiftly moving on to Group 2, Phoenix and Rosie performed a cover of ‘Northern Downpour’ by Panic at the Disco, with sound engineering completed by Stefan. The group performed two separate original compositions with one including a freestyle set by Stefan, which focused on the freedom of expression and working with your emotions rather than against them. 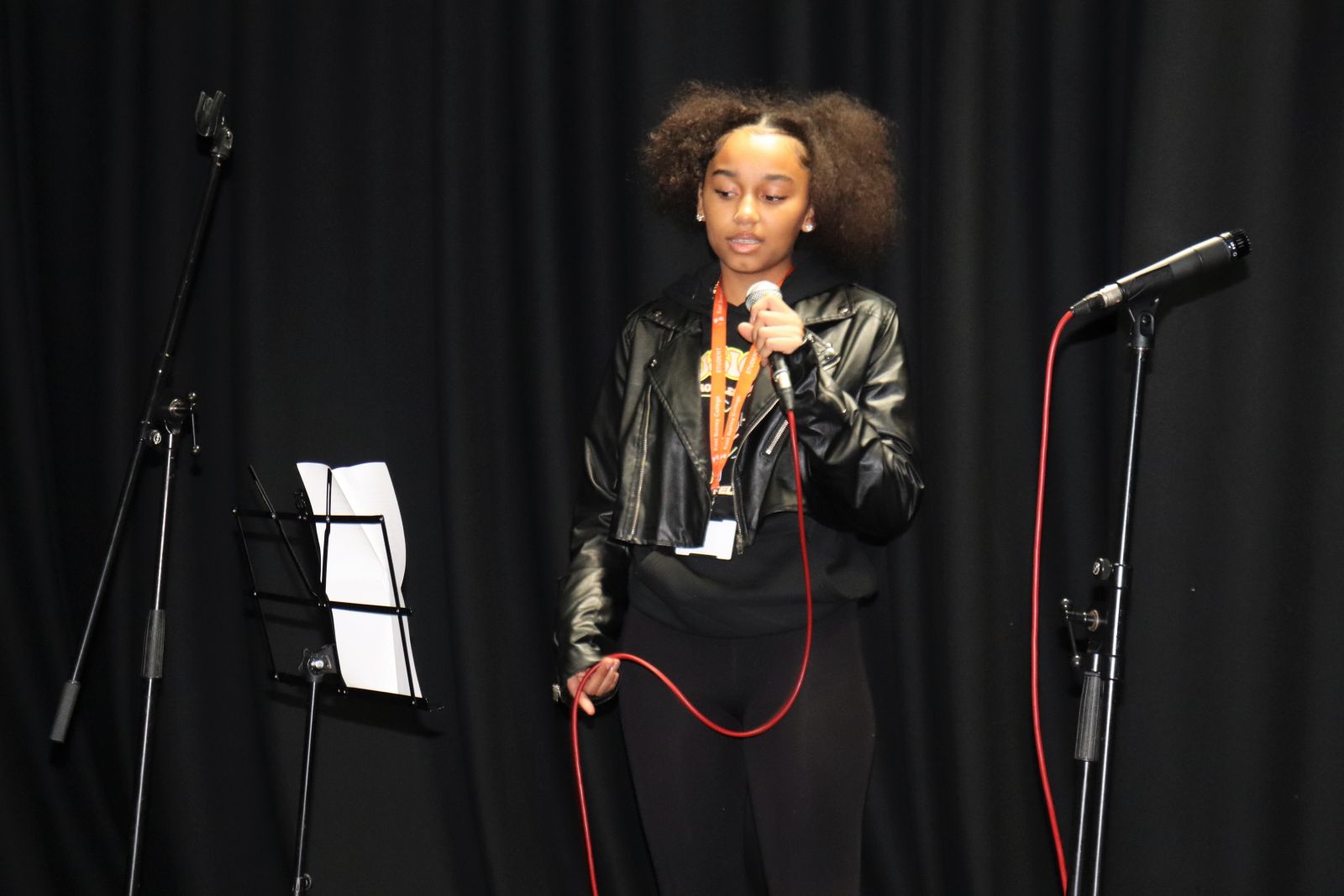 George McFarlane, Studio Director at Echo7 Recording Studio, commented:
“Most of the students were performing for the first time which is very nerve-wracking. They performed really well, and I was impressed by their talent, ability and original material. I’m sure they’d love to perform again to build on their confidence. You can only really get better by performing as much as possible.”

Natalie Young-Wootton, Lecturer at Reigate School of Art, added:
“I am exceptionally proud of my students’ work ethic and dedication, for their first-ever live performance, they’ve put together a sensational list of covers, original compositions and sound production. They’re not only learning about writing music, or mixing, but working as a team and witnessing the greatness of Live Performing.”

Welcome Back to College

Update for Parents and Students on Strep A and Scarlet Fever