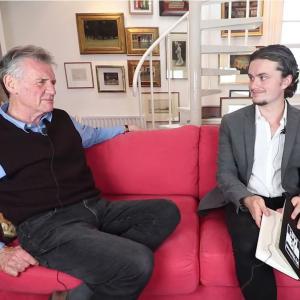 Michael put together a fantastic video titled ‘My Stammer is Me,’ for his final project. Drawing on his personal experience, he wanted to “change perceptions on stammering”.

The 30 minute film featured Michael talking to others who suffer from stammers as well as the famous actor, Michael Palin, whose father had a speech impediment.

After College, Michael plans to undertake an Apprenticeship in the Film and TV industry.

Explore our Creative Media courses at the Reigate School of Art.